Vision for the Institute 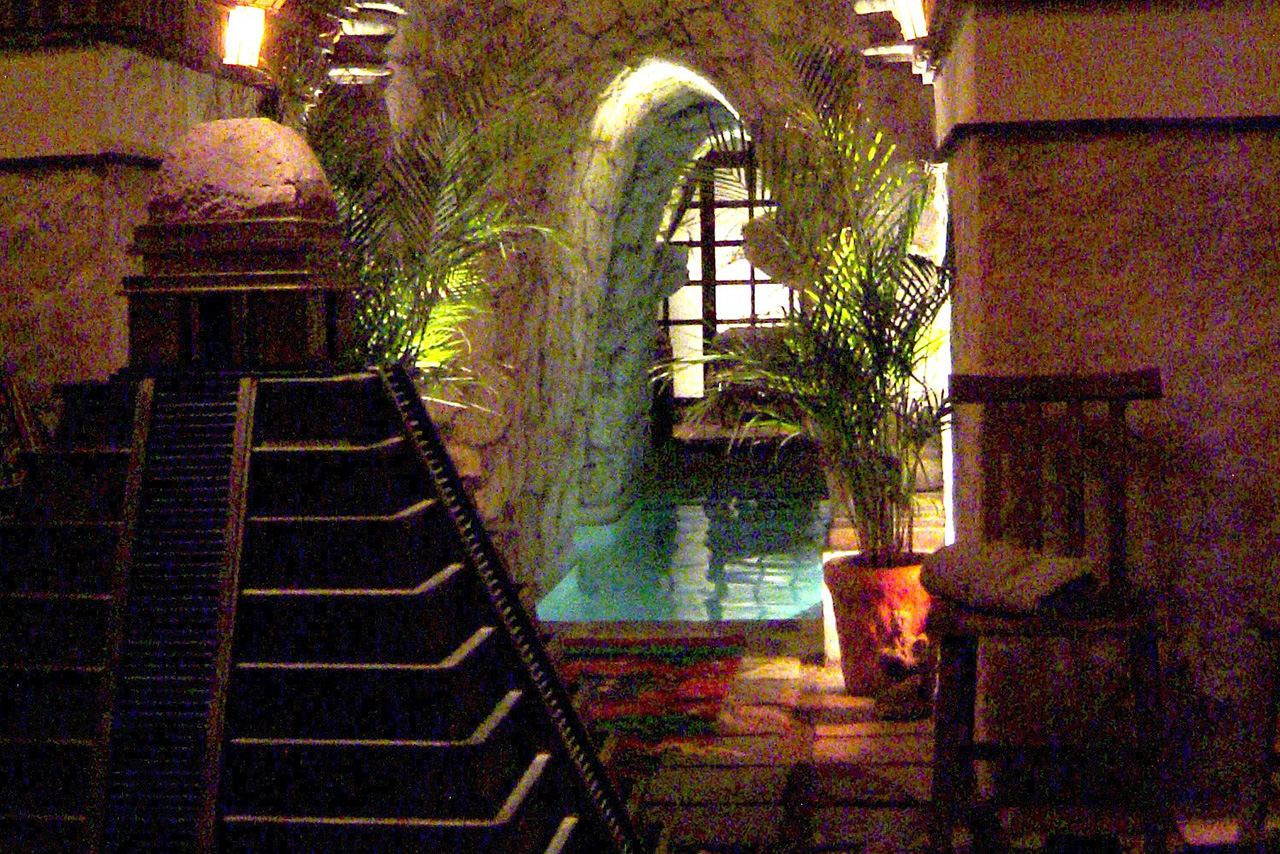 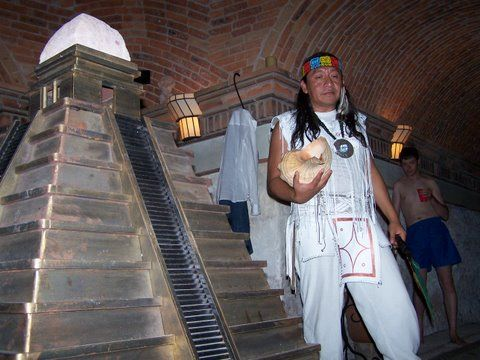 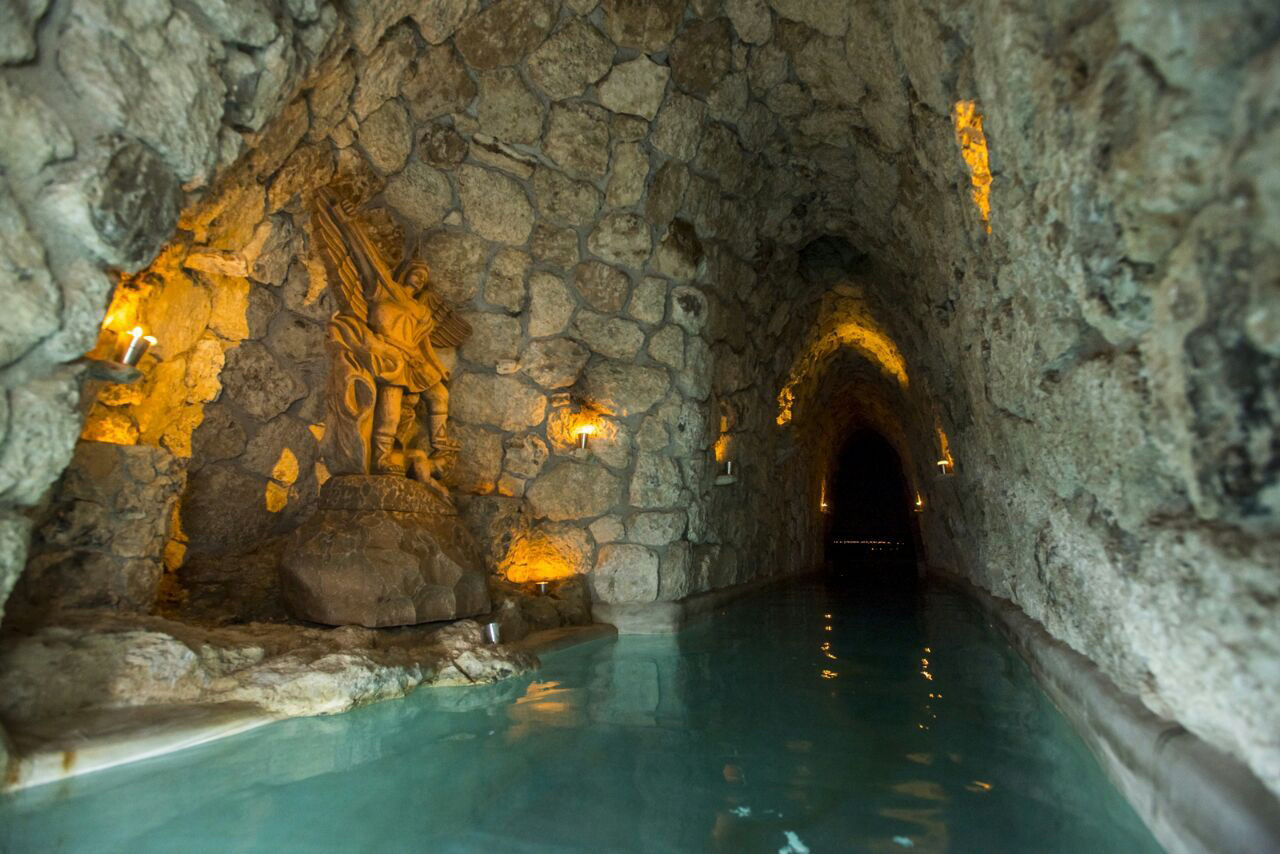 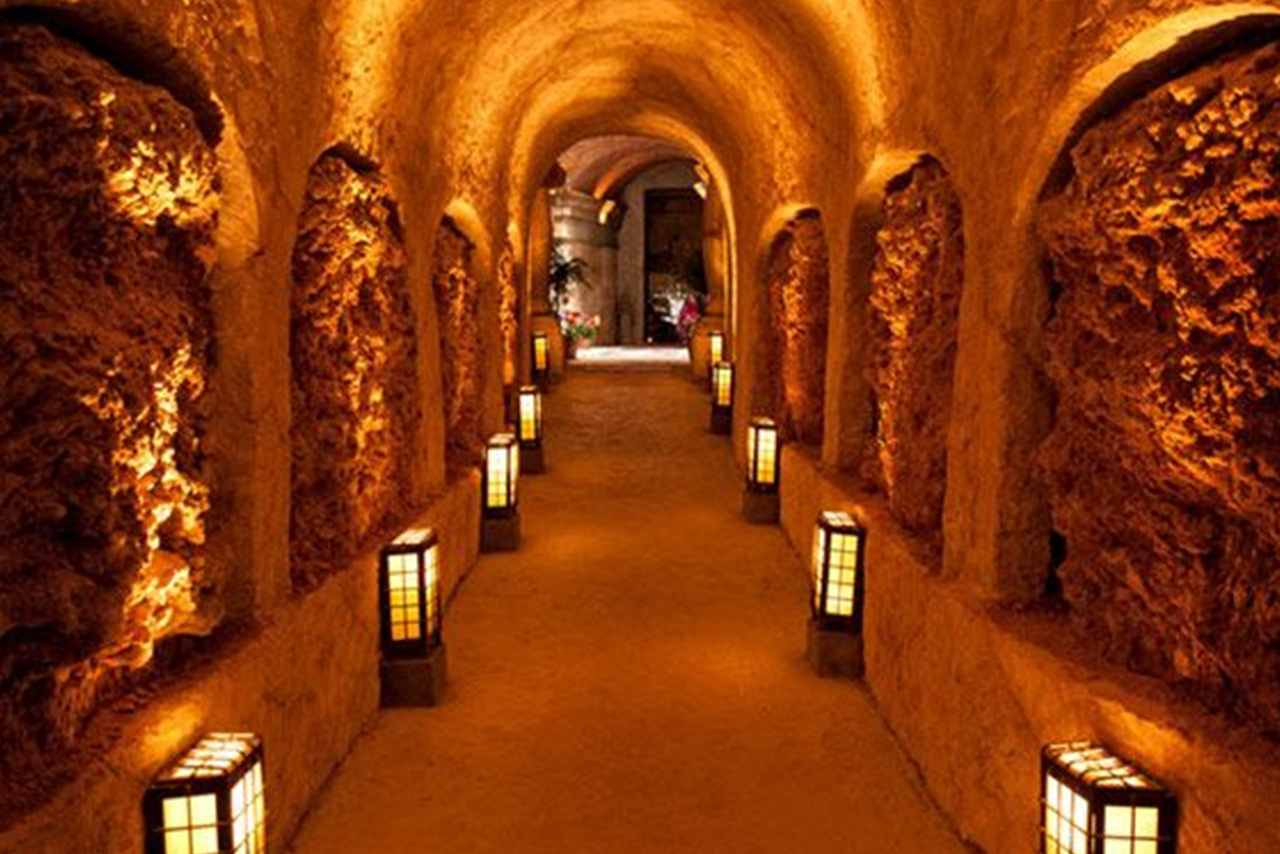 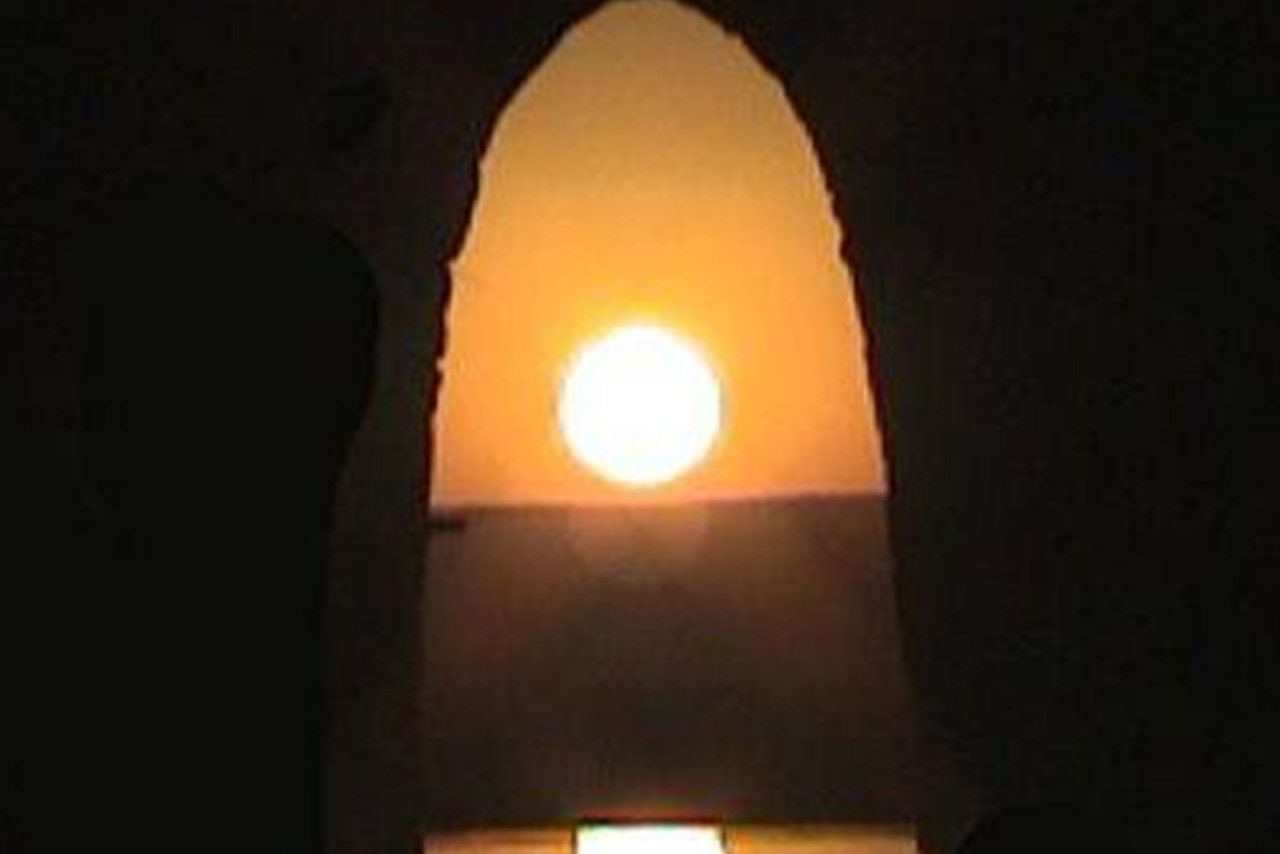 Quite a few years have gone into the plans to open the Institute. Throughout my life, I have been obsessed with perfection, whatever this means in terms of life on Earth today. When I drive, I often feel that the Universe is downloading manifestos that take into account all the various issues we face in terms of sustainability, fairness, efficacy, benefits, and healing. While healing is the obvious immediate goal, it often entails movement in the direction of perfection – and this ultimately involves destiny in the broadest sense of the word.

As a medical astrologer, I have sometimes been hypersensitive to the notion that my approaches are not sufficiently scientific, but the missing point here is that astrology in general and medical astrology in particular are part of traditional body of knowledge that is intimately tied to concepts of divine order, balance and harmony as well as to diet and herbs.

On the general level, astrology is concerned with timing, but a good astrologer will be able to look at the ramifications of any contemplated activity. The question is not whether an attempt will be successful but whether it will bring the individual and those impacted by the action into greater harmony with the divine.

These are deep concepts that I have wanted all my life to model, meaning to demonstrate the potential inherent in applied astrology and leave a blueprint for the future. Illness is often a turning point in life. In a sense, it is the red flag in the game of life:  more of the same is reckless and potentially even terminal so strategies have to change. In the process, it is likely that at least some goals will also change.

Each individual has a purpose. In the regressions I have done for my clients and students, that purpose generally comes into focus, often in a single session but sometimes in a series of sessions. There are many ways to become clear enough to see what has been obscured by the challenges of survival or perhaps even getting ahead. From very early childhood, I saw seeding of the Earth as having occurred in waves, each wave involving a certain number of souls with specific missions. For example, many who first took incarnations in Egypt were bringing light to balance the darkness and materialism that was rapidly gaining a foothold on Earth.

In my case, I came to bring love and harmony amidst diversity, most particularly to restore respect for the natural world and the individuals who are most in tune with that world. To tell you the truth, this has not been an easy task since I was born into a family that could be considered intellectually modern, skeptical, and while not exactly conventional, not really creative or original. The only benefit I see from taking such an incarnation is that I started to recognize the pitfalls of certain mindsets and thus to learn to think for myself, as much as is possible when the outer world does not actually support the inner views.

So, to bring this down to Earth, I have chosen Latin America because I see the future unfolding there, meaning the ideas that will contribute to the next wave of civilization are developing faster and encompassing a more diverse spectrum of society than we see in North America or Europe. There are distinct climatic zones that include jungles, mountains, tropical coastal areas, and deserts in need of greening.

Each region hosts cultures that are also a sort of paradise for anthropologists. On top of this, there are a multitude of different species of plants, many them growing in pristine areas that have not been seriously affected by human activity. These plants and their uses are often protected by indigenous people.

So, the model in my mind is to combine ecotourism with medical tourism and to use a certain amount of indigenous medicine in conjunction with other healing modalities. I have envisioned architecture that is both functional and harmonious with Nature and that structurally combines the elements. For example, if we take fire, earth, air, and water as the building blocks of the natural world, a concept propounded in ancient Egyptian, Vedic, and Greek philosophies, then fire relates to light and warmth. Where is the sun? Where are the windows, the gardens, the fireplaces, and vistas on which the eyes and soul can feast?

Earth provides the structure and building materials, but also the soil where the food and medicine are grown. It represents our stability and provides the support that sustains our lives and activities. We need to experience natural building materials, beautiful gardens, nutrient dense foods, and all this has to be provided in a stable manner and at a fair price. This is also an area in which there is opportunity to demonstrate good ownership policies. All people who work should be assured proper compensation, and they should be rewarded for their positive suggestions and loyalty.

The air element is often considered to be invisible, but empty space affords the potential for movement so it provides not just prana or vitality but also the places for interaction. This is where we socialize and polish our relating skills as well as where we exchange information and ideas and organize or reorganize our thoughts. Here we will have dining rooms, classrooms, activity centers, and libraries as well as communication centers that connect us with our friends, family, and work.

Water is very important because it supports fertility and growth, not only of plants but also of the process within people that moves them from dependency to maturity, a time when people can take responsibility for their lives and for those who are dependent upon them. Water awakens inherent fertility, buffers against excessive heat and dryness, and promotes acceptance of roles and duties to others since it helps people to form bonds with each other.

These thumbnail sketches are not intended to be encyclopedic, but merely to give flavor to how my particular life experience can be captured into a vision shared with others.

The above comments are introductory. The next part of “tradition” is that both medical astrology and herbal medicine are part of the legacy of our ancestors. We can ask questions about why the pyramid at Giza points to the Pole Star or how the Mayans created their calendar or why in all agrarian as well as ancient societies, we find evidence of medicinal use of plants.

In traditional medical astrology as well as Ayurvedic medicine, each medicinal plant has not merely specific uses but also chemical properties and attributes that can best understood in the context of the energetics of the elements. In other words, we cannot really send a pharmacist to the jungle to find a cure for Lyme disease or AIDS or cancer because the manner in which the uses of the herbs was learned in historic times was different and those differences need to be understood in a modern context so that the secrets can benefit more people. Likewise, respect for Nature and ethical harvesting must be inherent in the production of herbal medicines. Otherwise, the plants will be uprooted to the point of extinction.

So, part of the modeling of the Institute’s herbal programs will include studies of indigenous medicine as well as strict attention to sustainability. This means that in addition to adherence to organic agricultural methods, there will always be consideration for future generations and availability of plants for their plant medicines. Sound permaculture principles include networking with kindred spirits who want to contribute to biodiversity by maintaining seed banks or farms where endangered species plants are protected. Modeling also means that only the best methods of processing of the herbs into medicine are used. 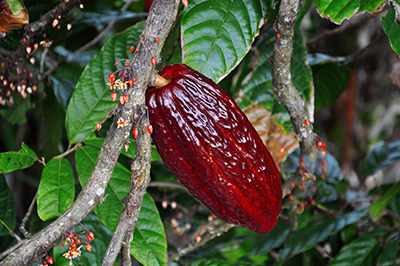 At this time, most third world countries are exporting bulk agricultural products. This means that between the time of harvest and processing, the plants have generally lost some vitality. They may also have been exposed to radiation and moisture during the transport and customs clearance processes.

We intend to process the herbs locally while the herbs are still fresh and vital. This also assures more income for the local economy.

All the herbs will also be clinically tested for efficacy.

I am prepared to take on this responsibility. As a result of the research I did more than 25 years ago for my book on botanical cancer treatments, I not only know the history but also the actions of herbs when used on real patients. Though something can be learned from laboratory studies, the result that matters is what happens to patients who are sick. Outcome studies are scarce and vitally important.

This said, I have, over the years, developed a really comprehensive product line with about 75 essential oils and 200 herbal teas, extracts, elixirs, ointments, and poultices. I am ready for the next step.

Since this project is for posterity, not for me personally, I have given extensive thought to how the programs and activities should be financed. This is still a work in progress, but my basic idea is to offer a range of ways to become part of the Institute. Obviously, initially, we need donations, but we can also pre-sell services and time shares. For instance, if someone were ill and wanted to come for an extended stay in the near future and follow up visits of shorter duration later, the person could buy a time share on either a permanent or expiry basis. Many people today are sitting on time shares they do not use. Our idea would be to provide time shares on a shorter-term basis, shares that expire in three years rather than shares one is stuck with after the need no longer exists. We are working with our lawyers and advisors and will announce the details soon.

In the meantime, your suggestions are welcome.