My First Exposure to Darkfield Microscopy

It always surprises me when people react to a new post and suggest that because the post is new that the discoveries are. I cannot remember the date of my first exposure to the work of Royal Rife, but it was sometime in the 70s when I was living in Hawaii. A student sent me two audio cassettes of a radio broadcast and I was totally riveted the moment I heard about this fascinating man. Later, when I was researching cancer, I read the book by Barry Lynes, The Cancer Cure that Worked, and still later the Christopher Bird opus called The Trial and Persecution of Gaston Naessens.

Both of these pioneers made extraordinary efforts to alleviate disease and suffering and explain the causes and cure to a sometimes eager and sometimes skeptical public. Both suffered horribly for their honesty, courage, and unorthodox ideas.

The third major figure in this fascinating world was Prof. Gunther Enderlein.

I did not see my first darkfield microscope until 1987 when I was in Copenhagen to receive an honorary doctorate of medicine. There, before members of the Nobel Committee and hundreds of doctors from all over the world was a microscope where one could see live blood. As time went on, I realized that many people I knew had such microscopes and that they knew more or less how to use them. I became very interested because the observations that one makes in darkfield allow one to see how any particular protocol is working. Since patients can also see the activity on an external TV or computer monitor that is attached to the camera on the scope, they tend to become very interested in their blood, their food, and their supplements, not to mention prescription medicines.

I had first hand occasion to rely very heavily on the scope when bitten by a spider in 1995. I am certain I would have died if colleagues had not enabled the insights that were necessary to save my life. Initially, the venom had destroyed so much blood that there were very few mature and viable red blood cells. I immediately made a tonic to boost my red blood cells. Then, I went back to have a second look. The white blood cells reminded me of belching and burping polar bears. They had had so much debris to clean up that they were satiated. I went home and made up a tonic to stimulate their appetites. Then, I checked back and found a few bacteria, still oblivious to the neurotoxin that would make it almost impossible to walk for one year. I had seen just a few bacteria but I underestimated their reproductive capacity as well as how many cousins they might have. It was only through constant monitoring of my blood that I was able to determine when to use herbs to build my blood, when to detoxify, and when to boost immunity. Happily, I recovered completely.

Then, there was a television program about the measures Nick Nolte was taking to manage his health after years of neglect. He had a darkfield scope and he checked his blood every morning before deciding what to put in his smoothie. He seemed to have a to die for personal apothecary shop, but then, if I were that famous, I’d probably have something equally well-stocked. As it is, I feel very fortunate to have had the potential of live blood observation shown to me.

Over the years, many, many years, various people have shown me videos of their blood and I was starting to develop some theories when a dentist asked if he could keep his scope at my house. You do not know what a temptation that was. One day he left in a tremendous hurry and there was a slide still on the stage. I had wanted to look through the eye pieces and see what the microscopist saw, but I didn’t dare ask because the scopes are so expensive. However, I convinced myself that I could not possibly do any damage if I just turned on the light. Lo and behold, something that others had been calling a crystal was moving and dividing into segments, all the same size. I ran for my camcorder, attached it to the camera on the scope, and began recording. I was up and down all night, checking to see what was happening. The little creatures developed mouths and then fins and some had tails whereas others did not, and then they began eating very tiny things, probably platelets. I saw the esophagus forming and a tiny little heart beating. The stomach filled up with brown stuff that was churning and then, well, you don’t want to know but I ran for my books to find out all I could about ammonia!

It was the middle of the night but I wanted to call the dentist. I waited until 7:00 am and then told him what I saw. He said, “You got pictures, didn’t you!” I said, “Of course, I would not waste that much science.” That afternoon, he came over with an armload of textbooks on parasitology and said, “Find them.” I was so absorbed that I read thousands of pages in just a few weeks, but I didn’t have a scope and was sure I could not afford one so the opportunity to pursue this interest did not come until I began consulting in Europe. The pictures that you see in the flash presentation were taken in Germany, Austria, and Switzerland and they come from many different patients. The flash may have happened practically over night but the project itself had a long gestation. 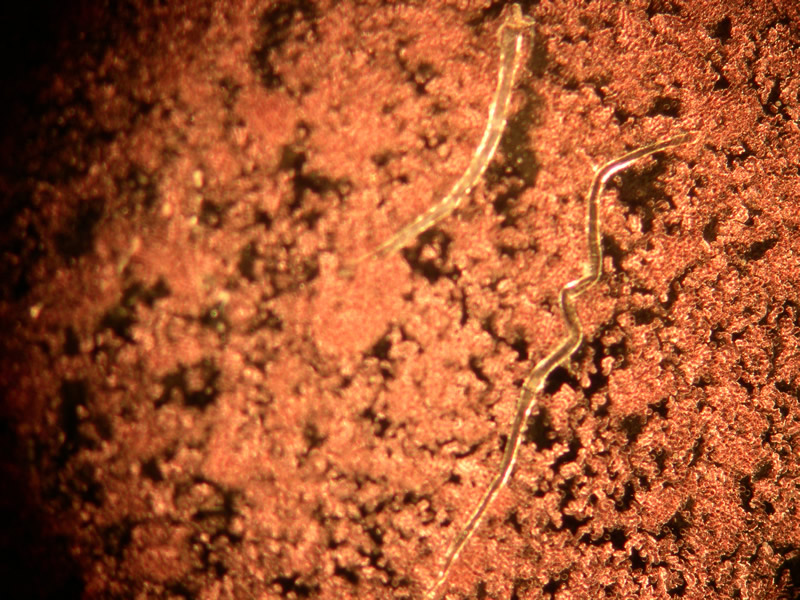 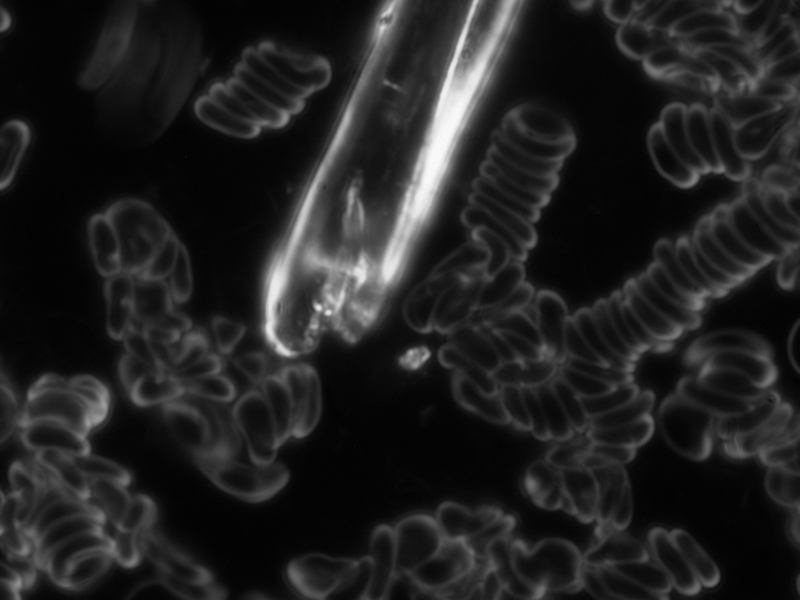 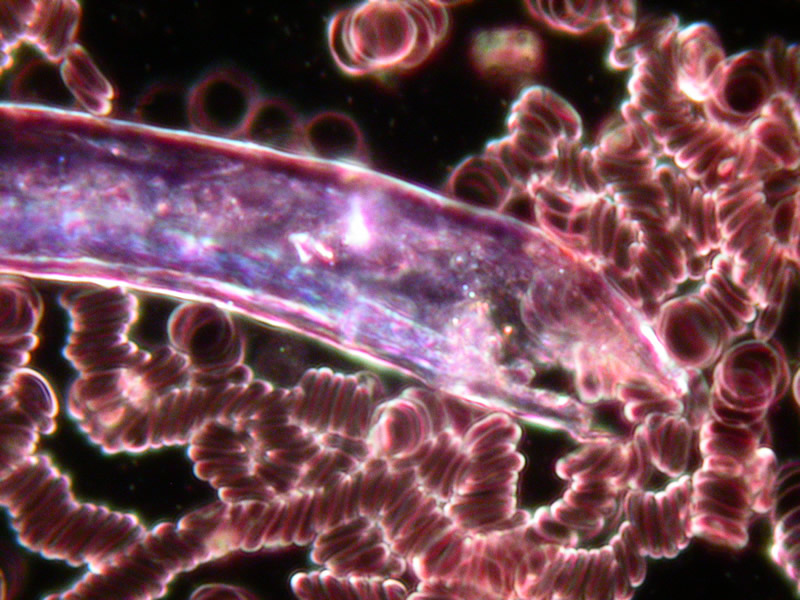 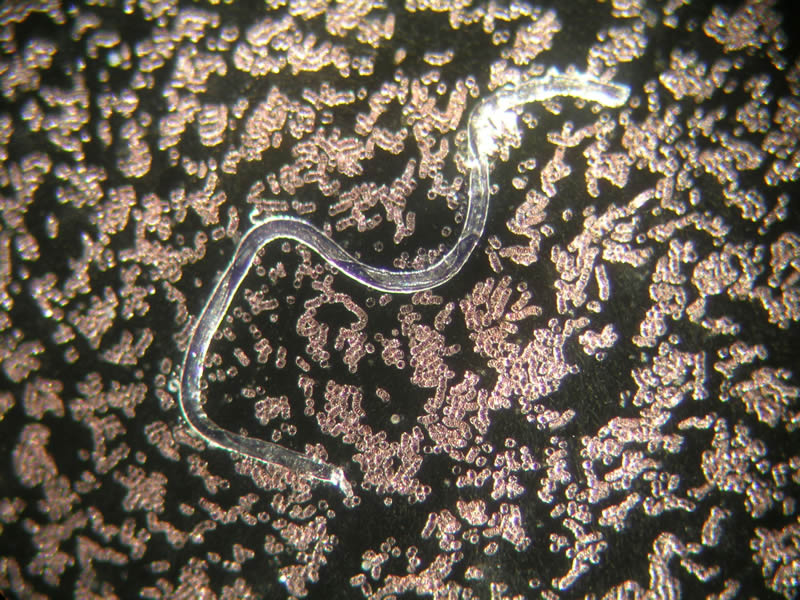 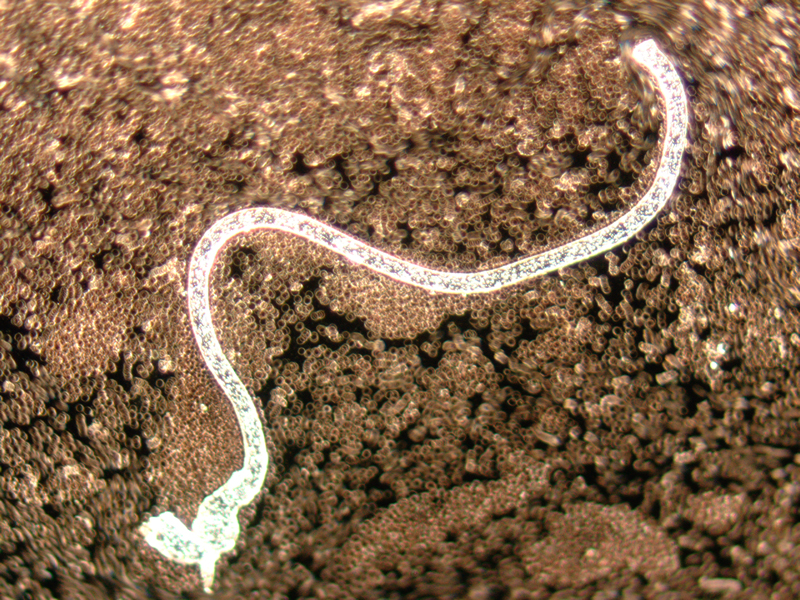